We have come a long way since our humble beginnings of the 1920s.
By 2010, TMR had a workforce of over 8800 people working across 19 regional offices, 19 divisional offices, 57 customer service centres, 47 depots, 13 marine operations bases, 8 state boat harbours, 4 traffic management centres, 1 marine simulator, 1 driver training centre, 1 museum, 2 transit centres and 2 call centres.
It had $3.7b for operating funding requirements and $3.6b for capital funding investment to deliver a safe, efficient and integrated transport system for Queensland.
The development and application of strategic transport models and analysis of transport user behaviour and network data played a crucial role in informing all integrated transport planning projects.
The Toowoomba Second Range Crossing (now called the Toowoomba Bypass), is a 41 kilometre long toll road that passes Toowoomba on its northern side, linking the Warrego Highway at Helidon Spa in the east and the Gore Highway at Athol in the west (via Charlton). The 24 kilometre long western half of the TRSC was opened to traffic between Cranley on Toowoomba’s northern edge and the Gore Highway, at Athol, 25 kilometres west of the city, in December 2018.
The toll road positions Toowoomba as a key strategic link in the National Land Transport Network, improving transport safety and efficiency and provides commercial vehicles with an alternative crossing of the Toowoomba range to improve freight efficiency and driver safety.

The Toowoomba Bypass another example of a major connectivity project

In May 2010, Queensland motorists got their first chance to drive over the new Sir Leo Hielscher Bridge also referred to as the Gateway Bridge duplication.

Opening day of the second Gateway Bridge, the Sir Leo Hielscher Bridge. People walking across the new bridge during the Open Day celebrations

Opened the Ted Smout Memorial Bridge – the longest bridge in Australia (at the time) replacing the old Hornibrook Bridge to Redcliffe.

Vintage Cars crossing the bridge during the open day celebrations

On 3 April 2010, the Chinese-registered bulk carrier Shen Neng 1 ran aground on Douglas Shoal, east of Rockhampton. Our rapid response was vital in protecting the natural environment. Our Maritime Safety Queensland division worked with a number of agencies, local authorities and organisations on behalf of the Queensland community. Although it was grounded outside the Reef Vessel Traffic Service reporting system was successfully re-floated.

In 1862 the Marine Board Act of 1862 passed to provide better management of ports, harbours and shipping. It was the first move to regulate marine traffic along the Queensland coast and provided the basis for future operations. Move forward to 2013 and Maritime Safety Queensland was brought in under the Transport and Main Roads portfolio.
The new REEF Vessel, Traffic Service Centre, opened in Maritime Safety Queensland's Townsville Marine Operations base, relocating from Hay Point.
From July 2010, the department covered the ports of Townsville, Abbot Point and Lucinda. These services enhanced the safe and efficient movement of vessels within these ports, Torres Strait and the Great Barrier Reef.

In early 2010 there was a significant step forward in the national standard gauge mainline rail network development. Queensland's standard gauge rail line was transferred over to the Australian Rail Track Corporation unifying the interstate freight rail network through a common set of standards from Queensland to Western Australia.

The department lead the detailed feasibility phase for the Cross River Rail project which included a new tunnel under the Brisbane River and new underground inner-city train stations in Woolloongabba and the southern end of the CBD.

Major construction commenced on the Gold Coast Rapid Transit project which included a 13km light rail corridor to connect Griffith University to Broadbeach passing through the key activity centres of Southport and Surfers Paradise. The project was operational by 2014.

Relocation of services and public utilities such as communications, power, water, gas, drainage and sewage

This new decade also saw the introduction of the Cycle Network program delivering over 33 cycle infrastructure projects and supportive end of trip facilities and the extension of the busway network.

Queenslanders saw the extension of passenger rail services in south-east Queensland.
The New Generation Rollingstock (NGR) project is the largest single investment by Queensland in trains, resulted in a significant increase to the South East Queensland train fleet to meet the growing demand for rail services.

The department continued to address traffic management through measures such as TravelSmart, the most extensive travel behaviour change program in the world. It encouraged sustainable transport options such as active transport (walking and cycling), public transport and carpooling instead of single-vehicle occupancy. TravelSmart urged people to use active transportation to improve health and wellbeing. 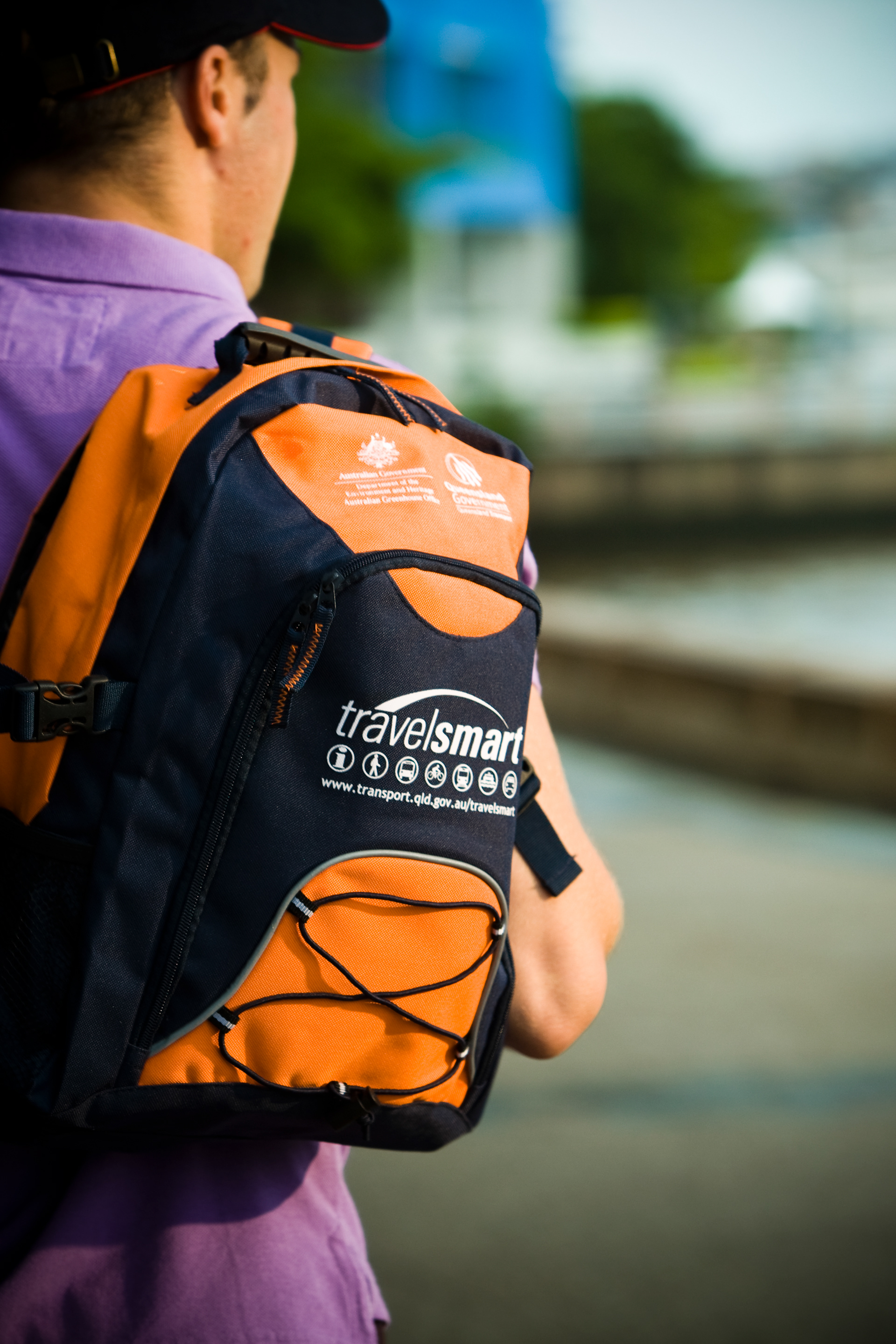 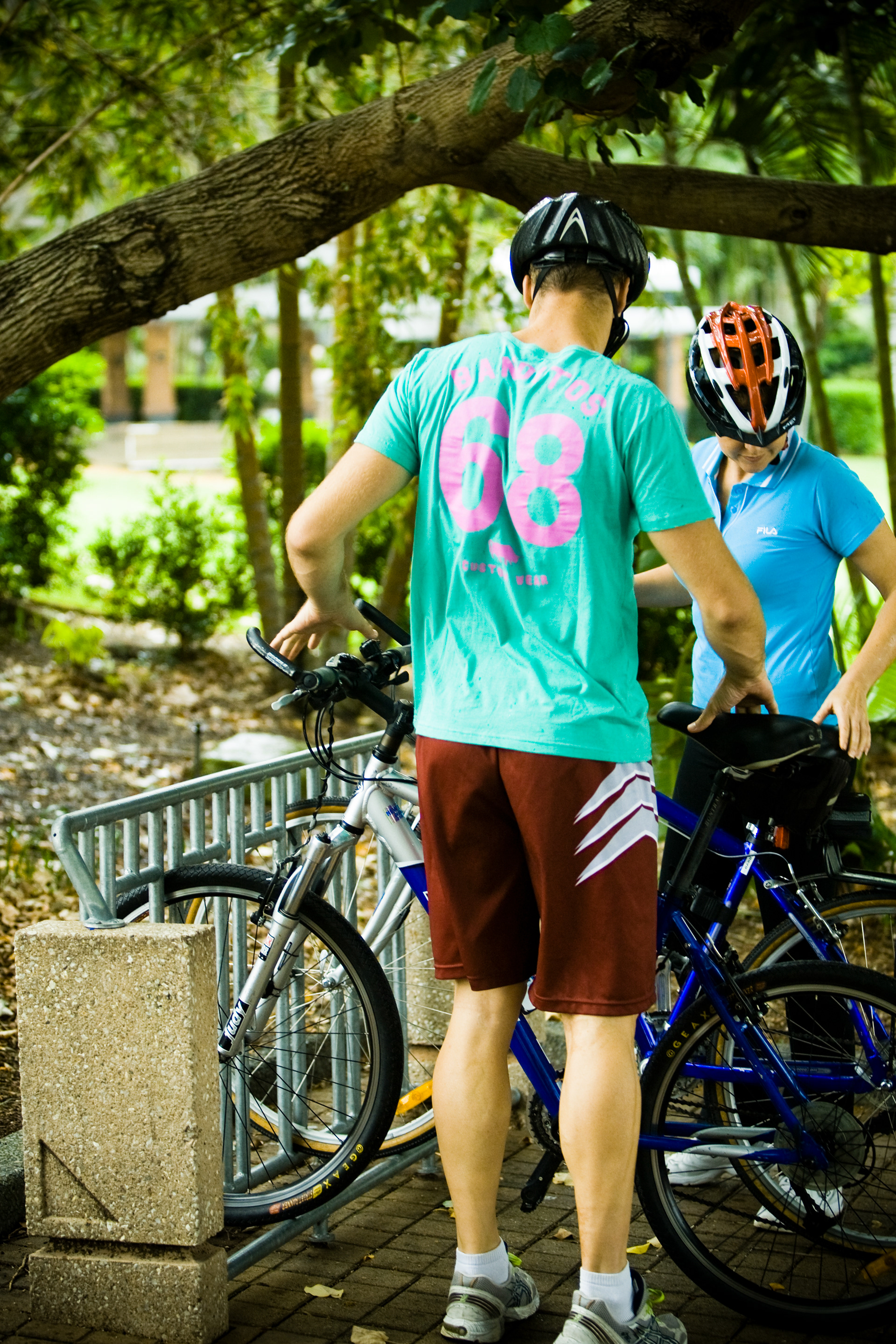 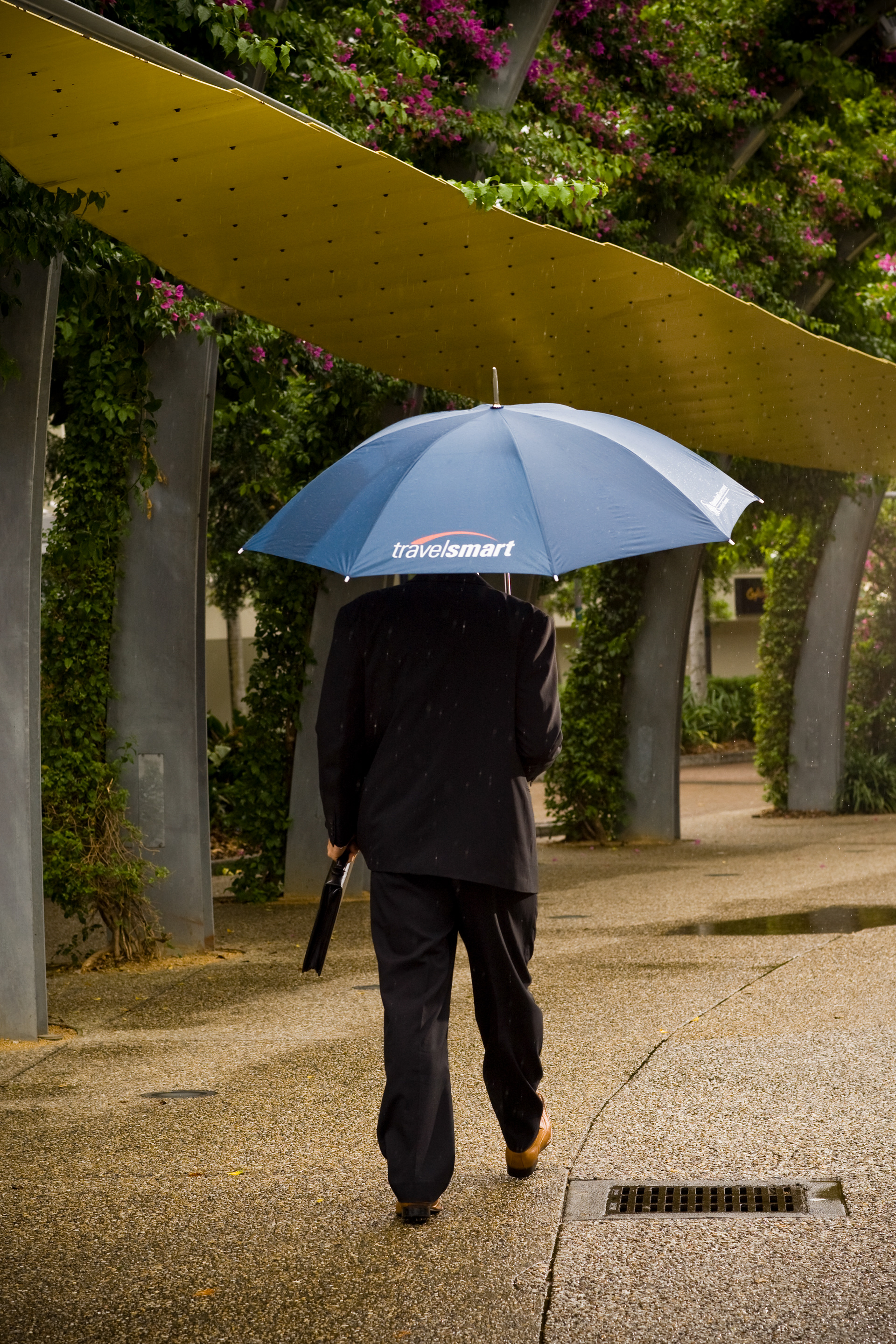 There was the introduction of the new Queensland Driver Licence, adult proof of age cards and recreational marine licences all with enhanced security features and durability.

What is your sixth sense

The Constructive Mob Indigenous training program provided practical training in construction for participants, including classroom and on-the-job experience leading to a Certificate II in Civil Construction.

In 2011, the Constructive Mob documentary aired by the ABC, which followed the journey of Indigenous road workers as they battle to overcome personal struggles and long-term unemployment.

In 2014, the Department of Main Roads Director-General, Neil Scales became the Government Champion for the Woorabinda Aboriginal Community. Memorandum of Understanding (MoU) – in March 2017, was established between Woorabinda Aboriginal Shire Council, Central Highlands Regional Council and TMR. The MoU formalised arrangements for the provision of road construction and maintenance works to support the development of a sustainable works program.

The 2010s was the decade of cyclones. In early 2010, Queensland was affected by severe flooding and extreme rainfall. Roads, bridges, culverts and rail lines were inundated with floodwater and debris, causing extensive damage and disruptions across the state.
Queensland’s unprecedented natural disasters in 2010–11 caused extensive damage to communities and critical road, rail and maritime infrastructure. A total of 9170 km of our road network (one-third), including 89 bridges and culverts was damaged during the floods. Three important ports were significantly affected, and 11 ports were closed. More than 29 per cent of our state rail network was left twisted and displaced. At the peak of the events, 55 per cent of Queensland’s rail network was closed.
The January 2011 flooding closed 29 per cent (approximately 2500 km) of the rail network. February’s Severe Tropical Cyclone Yasi closed 32 per cent (2800 km), including the North Coast Line north of Gladstone, the Mount Isa corridor and most of the Central Queensland coal network and Tropical Cyclone Anthony and Severe Tropical Cyclone Yasi in central and north Queensland caused incredible infrastructure damage.
As well as regional damage the Brisbane River flooded and during the flood recovery process, TMR salvaged many items from the mouth of the River. 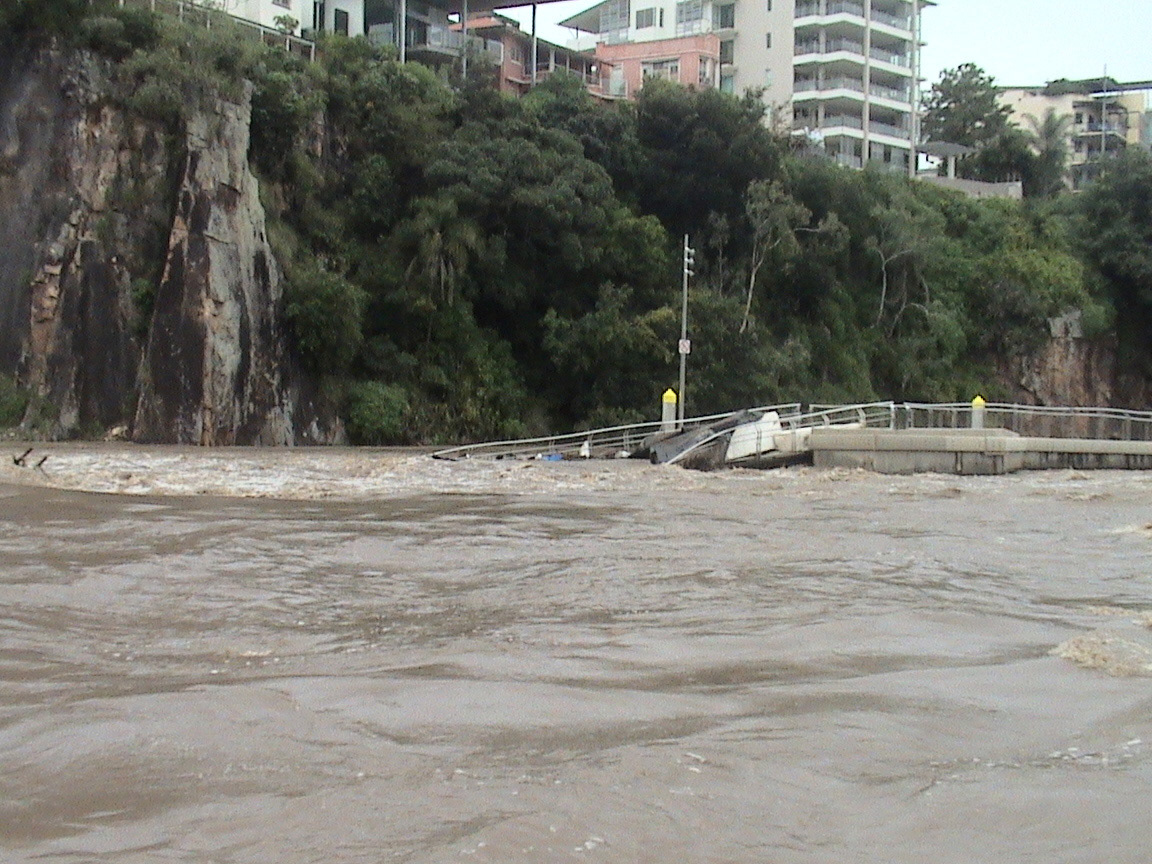 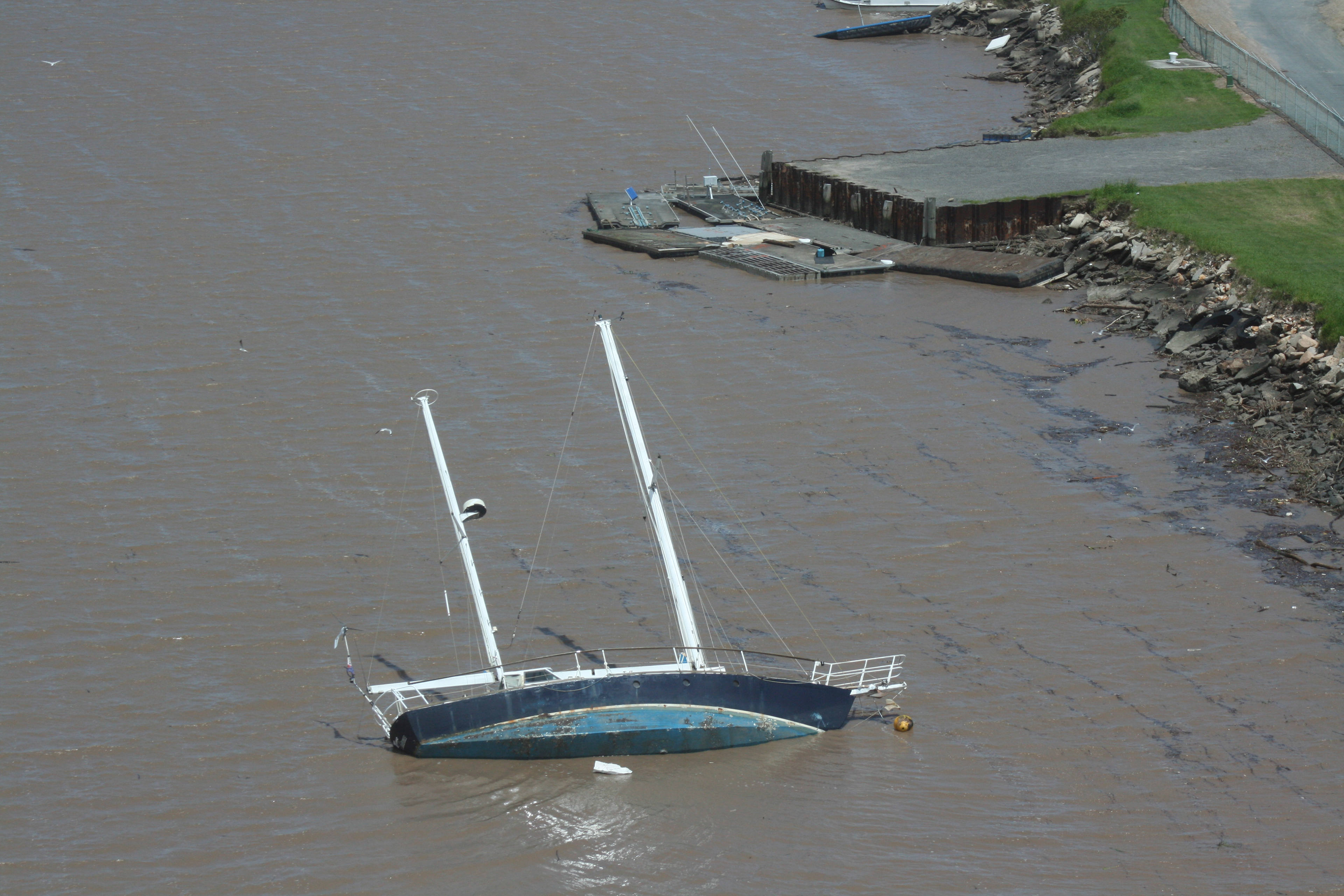 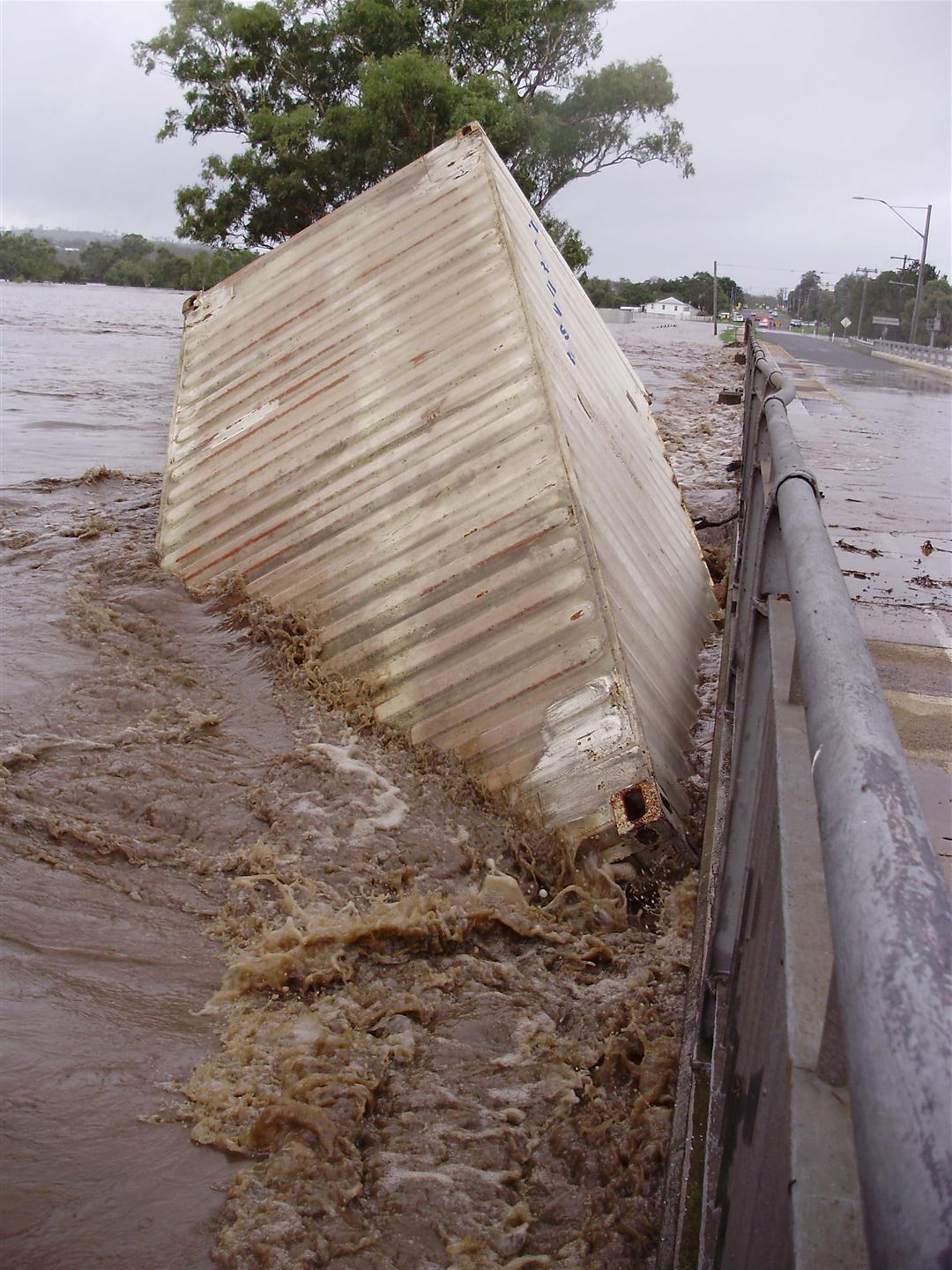 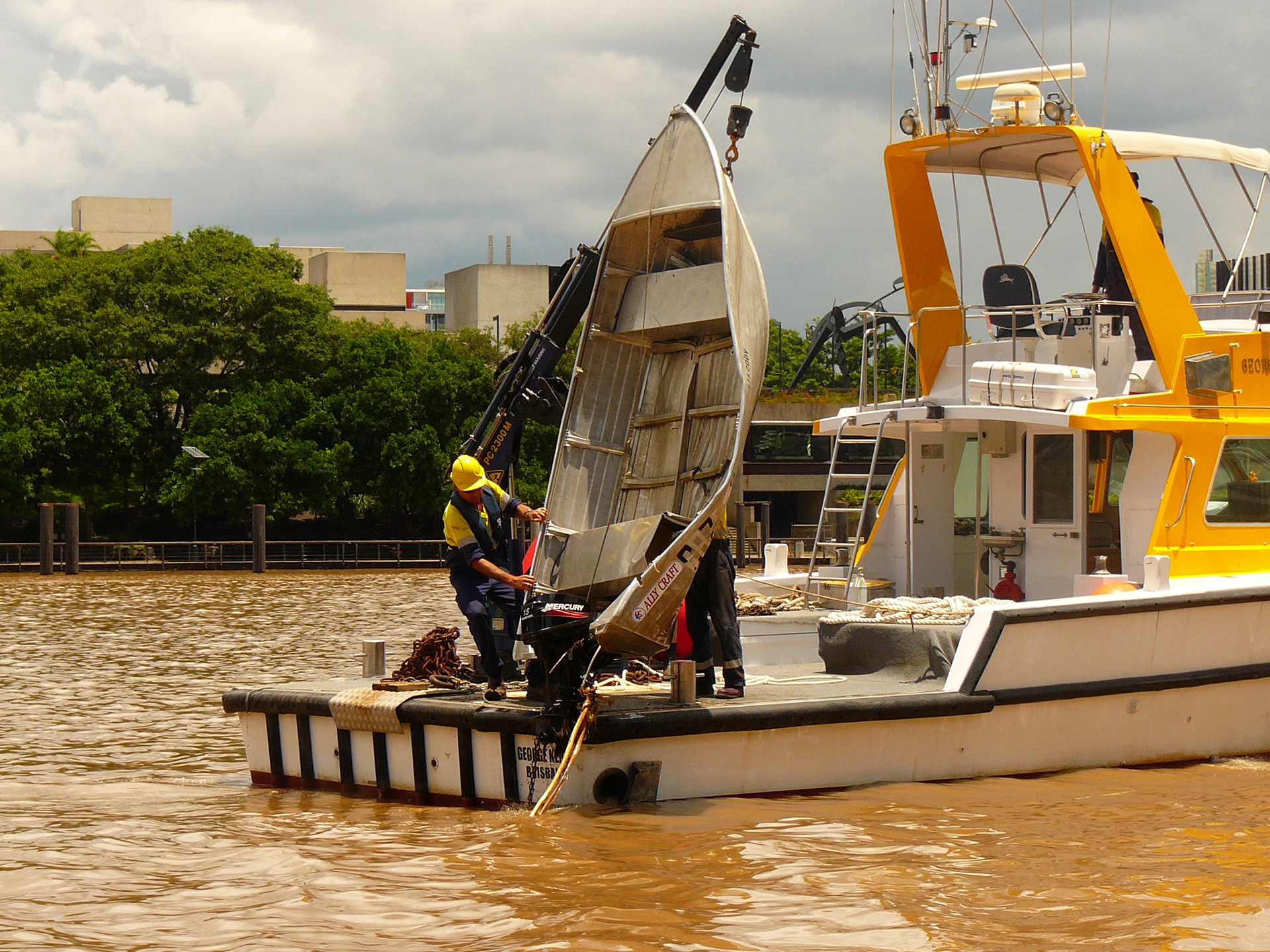 Disaster struck the state again in 2014-15 with Cyclone Marcia and Nathan causing significant damage to the transport network.
Cyclone Debbie later in the decade also caused extensive damage however some of the floodplain road construction saved many travellers in regional Queensland.

In partnership with local governments and port authorities, TMR continued to fund new and upgraded recreational boating facilities, which improve access to waterways.
In the early teens, the department owned approximately $317 million in boating assets for use by recreational boat users and commercial operators throughout the state, including boat and barge ramps, jetties, pontoons and floating walkways.

The 2014, the Brisbane G20 summit was held on 15 to 16 November – an important global event and the largest ever peacetime police operation in Australia. The G20 represented a significant planning effort over two years. Working closely with our government partner agencies, the department delivered a successful traffic and transport strategy and response for the duration of the summit.

By mid-2014-15, the department played a crucial role in building safe, caring and connected communities, delivering an integrated transport system that Queenslanders rely on to come them to their homes, workplaces, family and friends. The focus became putting the customer first, making the services accessible to everyone and improving the way the department does business through innovative products and services.

The 2018 Commonwealth Games saw the department deliver almost $1 billion of infrastructure and technological support, creating capacity for over seven million trips taken across the Games period. 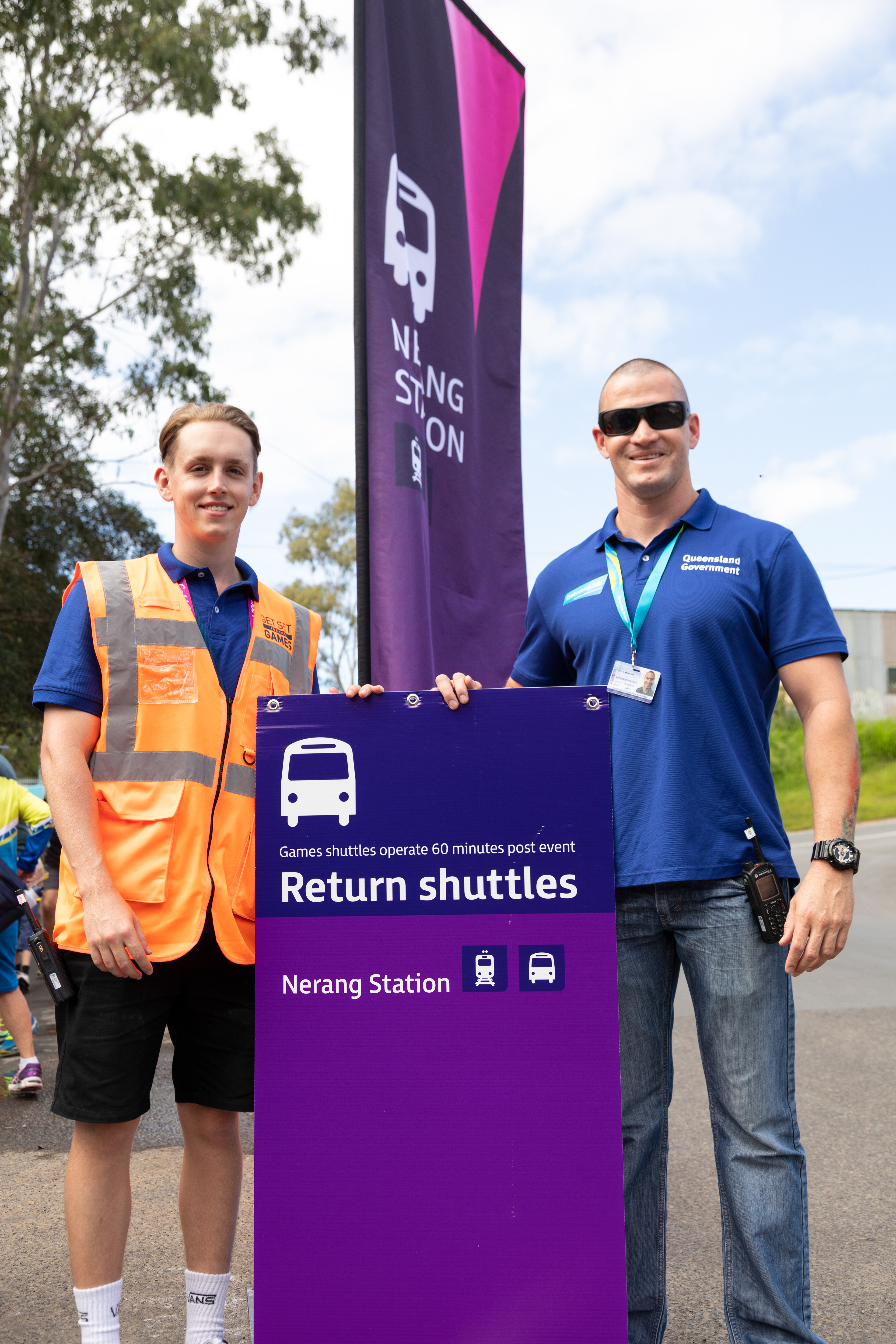 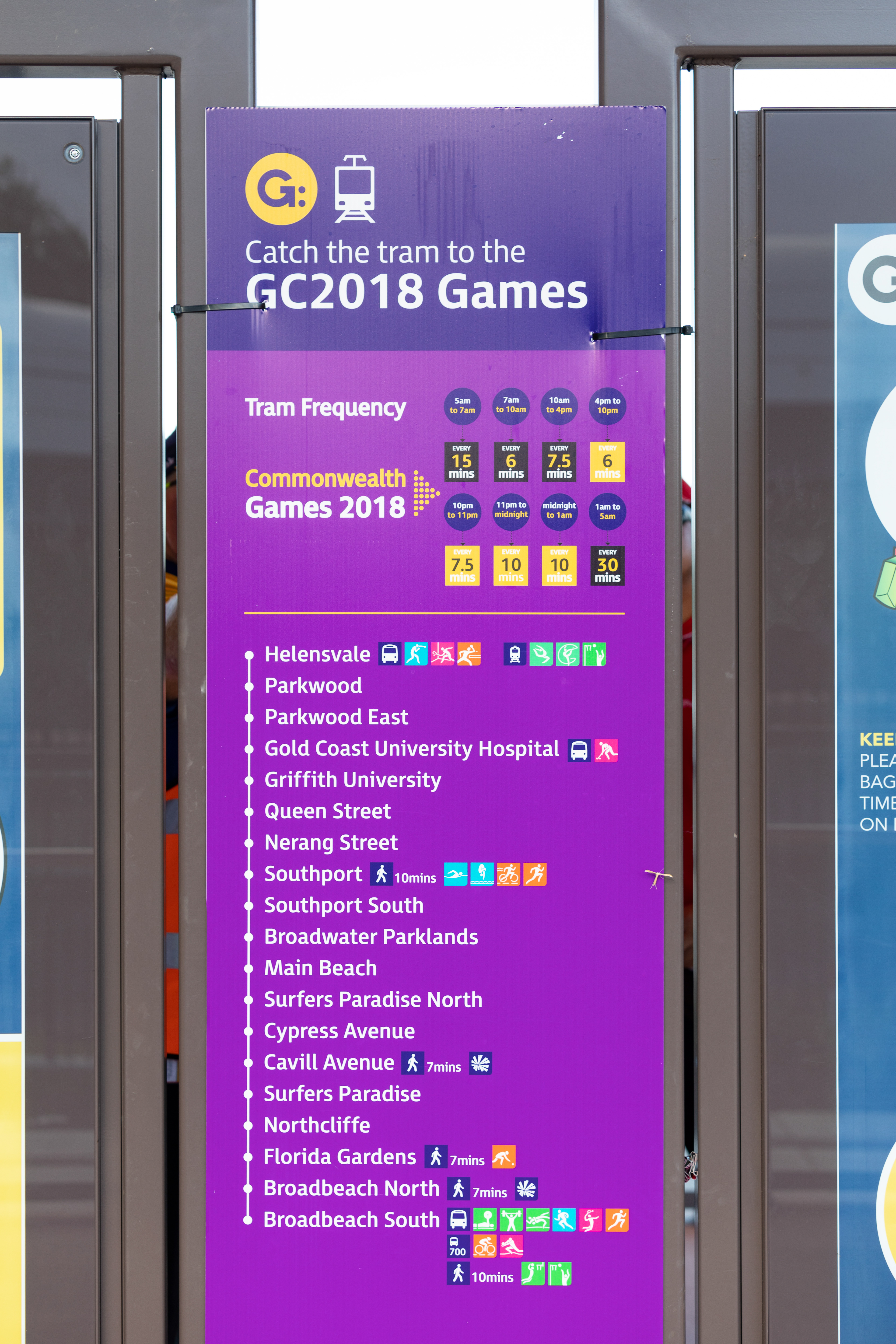 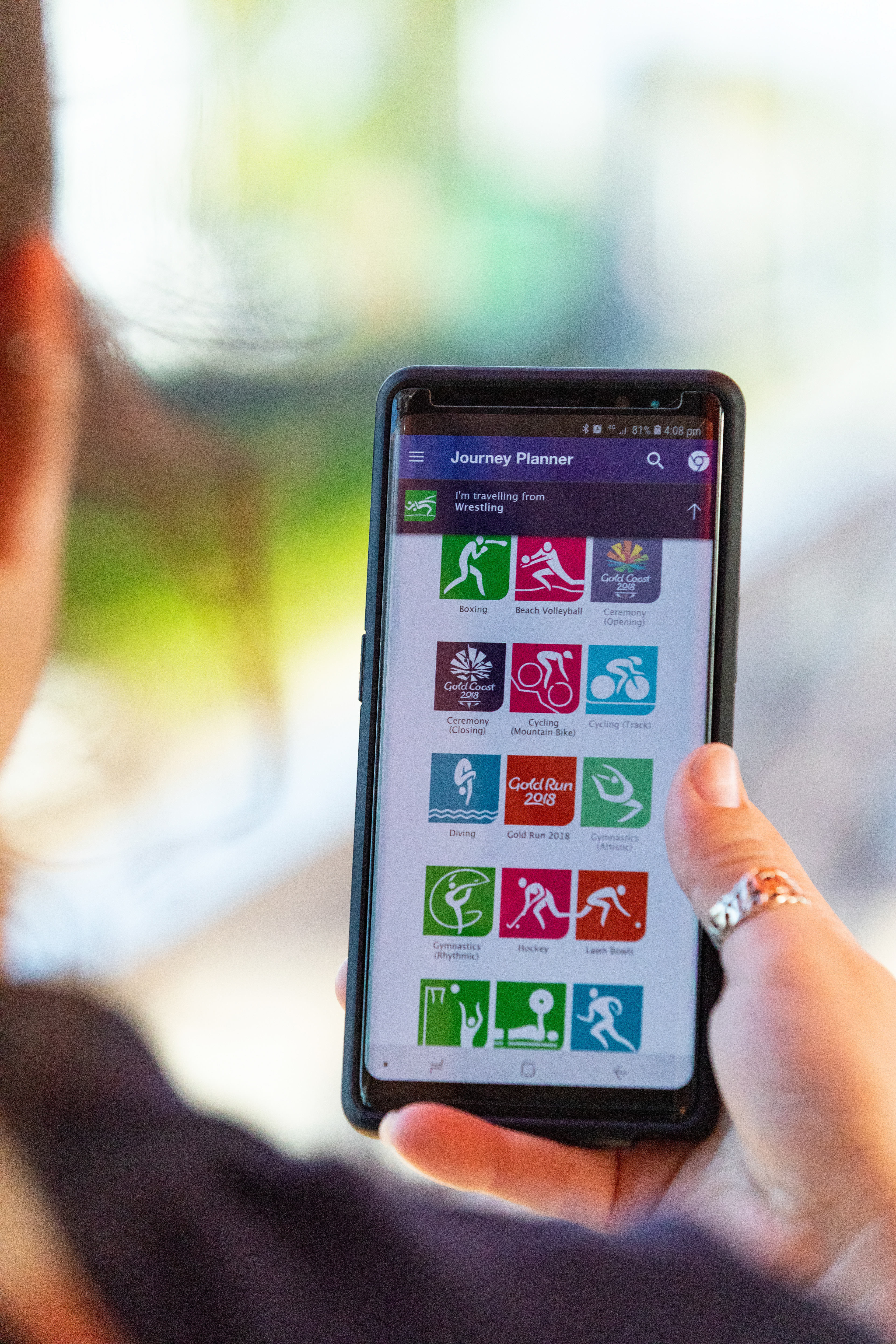 The 2018 Commonwealth Games was a significant investment in our future

How popular was public transport during the Commonwealth Games

Towards the end of the decade, the explosion in data availability and the rapid pace of technological development saw it critical that the department embrace emerging trends and transformative technologies to improve customer outcomes and deliver a transport network that connects Queensland into the future.
Heralded as the most significant improvement to the SEQ network since integrated ticketing came into effect, the introduction of real-time took the guesswork out of catching public transport. Customers were able to access information about any bus, ferry or tram service from the Sunshine Coast to the Gold Coast, and from Redlands to Ipswich, from the palm of their hand.

TransLink, progressed the Next Generation Ticketing solution—the platform for future functionalities, including real-time seat availability, personalised disruption notification and payment function for Mobility as a Service (MaaS).
Later in the decade saw further embracing transformative transport technologies, including autonomous vehicles, and through the Cooperative and Automated Vehicle Initiative, road-tested cooperative vehicles.
The initial phase of the Queensland Electric Super Highway infrastructure was completed in 2019.

One such challenge for this decade and into the future is climate change. Increases in severe weather events and greenhouse gas emissions pose risks to Queensland’s community, economy and environment. As a major contributor to emissions, the transport sector is focusing on playing a vital role in mitigating some of these effects.

Social media specifically Facebook, Twitter and LinkedIn saw an increase in the level of interaction with customers on social media networks.
In April 2011, TMR launched its corporate Facebook channel supporting its Corporate Plan 2010-2014.
In 2012, the department started using YouTube to share videos with its customers. One of the first videos shared looks at overtaking road rules.

We hope you have enjoyed our journey so far.
We have been at the heart of connecting Queenslanders for 100 years and will continue to strive towards our vision of creating a single integrated transport network accessible to everyone.
www.tmr.qld.gov.au
↑Back to Top